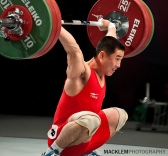 Reader Dave, like many others who I have been involved with, inquired about my opinion of crossfit. Indeed, in the past many crossfitters have commented or sent me a message through facebook to ask what I think of what is probably the most popular ”workout sport” at the moment. This post has nothing sciency about it, although it has some punch to it. This is rare – so enjoy it-  that I am publishing an opinion piece on this topic.

No I don’t like it for myself, but let me explain why.

Weightlifters are often criticized for being critical – and may be overall unimpressed – with crossfit. You have to understand that, weightlifters are impressed by the amount of kilos on the bar in the Snatch and the Clean and jerk. This is why we got in this sport to begin with. Of course, there are some people in crossfit that lift more than you and me, but what’s  a 137kg snatch by crossfit’s best male athlete compared to a 138.5kg snatch by a tiny lifter like Mutlu (who is about half the size of Froning)? Froning would need to add at least 25-30kg to try and be competitive in his weight category (not that he is training for that).

This does not mean that an athlete like Froning is unimpressive. He is impressive in what he does, which is crossfit. I – for one- am mostly interested in one variable they train and that is Olympic weightlifting. For this reason, it should not come as a surprise that crossfit does not give me the chills and does not make my eyes light up. However, when I see Aramnau snatch 201kg at the belarus nationals (and I watched it again on a very big screen at a weightlifting seminar I held recently), I just can’t handle it. It is beauty in action. It is amazing, it is impressive, and I just wish I could do that. Moreover, I just have to watch it again…at least 15 times.

Whoever is reading this piece, I am sure you have a friend that likes a food you don’t like. We can say that you both like foods, but you just don’t like the same foods. This is how I see weightlifting and crossfit. We all like training, the barbell, the grind, reaching our goals, and becoming better athletes. We just are different in the way we wish to do so.  You like the general approach – the variability, the randomness of the program, training many aspects and variables, and feeling like you have trained very hard. I like the structure, the lack of randomness (ie: the specificity), getting better at my craft or practicing (Snatch and clean and jerk), training aspects of the lifts according to phases (ie : training blocks) and I like feeling like I am becoming a technically efficient individual. I don’t mind doing the same thing over and over again if it means progress.

I hope by now that you can acknowledge that I am not a ”crossfit hater”. I have no desire to train in crossfit, but I respect those who do. Some people like golf and some people like skateboarding, I’m fine with that too. Crossfit has some advantage though. For instance, most of the people I am involved with have a crossfit background which means that my skills and knowledge benefit people who experienced crossfit before hand. They felt like they needed – or wanted- a specific approach to becoming better at the sport of weightlifting and reached out to me (and many other coaches). If you go back 10 years ago, this would be unheard of since it has always been hard to get clients as a weightlifting coach. I know a few world class lifters that had a crossfit background and branched out to become some of the best lifters in north america.

More than job opportunities, I met people that can actually hold a real training conversation – meaning we can talk about programming, overall development of the athlete and more. This is important and this makes us all better at what we do. As an example, just because you like to train baseball players, it does not mean that you should be unaware of what the football coach is doing to get his athlete better. It does not mean that the baseball coach will have his athletes train football, but he might learn a new concept or two.It is extremely important – especially to young coaches like me- to never stop learning. A relative always tell me in french : Tu ne fais jamais rien pour rien (You never do anything for nothing). So keep learning and refining your core values as it may be useful later on. More importantly, do what you love. 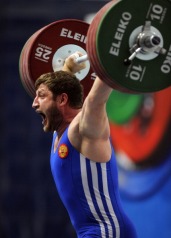 I know this is a different piece than what I usually post on First Pull. At the same time, I got so many inquiries on this that I figured I would lay down my thoughts for you all to read. I may not train in crossfit and I may be completely uninterested by it, but I enjoy training people who come from this community and respect that they are into it. The way I see it, many strenght and conditionning coaches help a large number of athletes be in shape for their sports. They don’t have to be into these sports, they just need to understand it for what is it, and do their job which is to train the athlete so that he reaches his goal.  I am more than open to train people from crossfit in weightlifting, as we have more in common than not in common (See the food analogy).