Weightlifting training methods can be based on a simplistic, or complicated, or auto regulated or carefully regulated system. They can all work to some degree as long as it is suited to you and your needs as an athlete. Programming is not different. Whether you do pulls at 90% of your best lift or 110% is pretty much irrelevant to your success in this sport, if it does not address your problem or your weaknesses. Whether you do squat singles or 5 repetitions is irrelevant to your success, if you don’t create the adaptations you are looking for or need. Same rationale is to be used for complexes. Doing complexes for the sake of doing complexes or doing a complex that does not work your weakness as a lifter is not going to produce the results you are looking for. This is a simplistic guide to complexes.

I will outline the pros and cons of using complexes to improve weightlifting success in this post. Part 2 will cover the ”How”, which includes common mistakes and common complexes that can help target these errors specifically. For a reference point, a complex is the used of multiple exercises to be done one after another one without rest. A snatch pull, followed by a snatch, followed by an overhead squat, for instance, is a ”snatch complex”. Plenty of complexes exists, and I will share my favourite in Part 2. 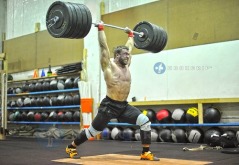 Consider this : Our reality is that we have limited training time and energy. This is why serious professional athletes don’t have a job so that they can save up all their energy and time towards their sports to improve at a faster pace (read : Keep up with the rest of the world). Another way to put it is that your energy levels and training time are regulated similarly to how you regulate your bank account.

You can either save up your money and buy a ”big thing” (spend a lot in one shot) or you can go on and make multiple cheap purchases during the day. If you only have 6-15 hours to dedicate to your sport (as most of us probably have), then it becomes imperative that this training time is productive. To be productive, you have to be spending most of your energy during that time (thus, spend more in one shot)

Now consider this : Weightlifting is a skill where efficiency, accuracy and success are dictated by the right technique and the right kind of strength. If you want to be good at the snatch and the clean and jerk, you have to practice these lifts often and spend most of your energy on it to be good. Since you have limited time and energy, everything else that you do after working on your lifts (or instead of working on them) as to be geared toward improving the snatch and clean and jerk (read: be specific).

Doing assistance work for the sake of doing assistance work (let’s say – non specific assistance work) is not as productive as 1) learning specifically the lifts (training them), 2) developing the right kind of rhythm necessary for success (comes with experience from the training of the lifts) and 3) working the weaknesses specifically rather than generally. I have often worked with clients that did more than 2 times as much assistance work as the lifts. They would tell me : ”I train the lifts for 15 minutes and then spend 45-75 doing complexes that include muscle snatches, squats, pulls, lunges, presses, rows and some core”.

I would then ask about their squat numbers and more often than not (in my experience), they are 150-160% of their best clean.Often they can do the power lifts, but have trouble transitioning to the full lifts. In this case, you don’t need more squat strength or more extension work (muscle snatches). I usually switch things around and have them spend 2/3 of the training on the lifts (and technique drills) and use the remaining 1/3 for strength work (less volume, more intensity as it seems to be easier to recover from so that more energy is spent on the lifts). Before they know it, they are adding more than a few KG to their old PRs (Of course, that depends on the training experience of the lifter).

That being said, I am always surprised to see how complexes are sometimes implemented or even picked for a given athlete. A common snatch complex, in Crossfit but also in other physical preparation gyms I have been to, is the 3-position snatch where the lifter does a snatch off the floor, and 2 hangs from different positions (high hip and above knees most of the time). The rationale is the following : ”My snatch is not great so I will work all the possible positions to get better at it”. Good thinking, but it might not create the results you are looking for if your snatch weakness is pulling off the floor and clearing the knees because you are mostly working above the knees all the time.

Another one is the clean + front squats (1+3 or 1+5 sometimes) that lifters who can’t get up from cleans like to do. The rationales is the following : ”If I can’t get up, then it’s because my squat is not strong enough so I should work on my squat”. Good thinking, but it might not create the results you are looking for if your problem is not purely strength based but technique based (and most of the time it is). If you don’t have a good turn over and the bar crashes on you on every lift – or if you are catching forward- all the squats in the world won’t help you stand up. Still, you will be doing 1 repetition that may target your technique problems (the actual clean) and 3-5 reps of squats that empty your bank account (energy level) which means less productive work on the clean (in terms of weights AND volume). Wouldn’t it be more logical to put your money where you will get the most out of it?

The bottom line is that if you want to be good at the lifts, you have to practice them even when there are strength based weaknesses that need to be addressed as well. Whether a guitar player plays standing up or seated, with the guitar higher or lower on him or in a blue shirt or red shirt is irrelevant to the fact that he will only be as good as he practice, no matter his stance, his guitar height and shirt’s color. The point being that weightlifting is a skill and success can only come from practice and hard work. Doing complexes has its advantages (read below) but it should never replace the lifts completely (and I have seen that too often). Complexes can be good as long as they are specific to your needs rather than done for the sake of doing it. 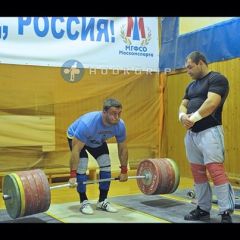 I think by now it should be clear that my stance on complexes is context specific, meaning there are times where it’s good to do them and there are times where they should be removed completely from your programming. For instance, the Soviet lifters were known for their large use of complexes back in the days, and they are being used extensively around the world now. The reason why they liked the complexes so much was that, more often than not, programming was periodized and periodization calls for a volume phase to be followed by an intensity phase (at the very basic level)

The volume phase can also be called general phase (or GPP – general physical preparation) and the intensity phase is often referred to as the specific phase. Using complexes in the volume phase was a great way to get the lifters back in shape and have a great training stimulus without lifting as heavy as they did in the intensity period. In other words, they were used to increase work capacity, create hypertrophy, minimize injury risks, and prepare the body for what was coming next (so that it can handle higher work loads better) more than they were used for technique development (although it is possible to do it this way).

This should make it clear that complexes are great to increase training volume and should be used whenever competitions are far ahead to increase your work capacity. In other words, they can be used when you are just out of a competition, on a recovery day, whenever you are injured or just got back from an injury, whenever you are a few weeks/months away from a competitions, whenever strength is the training focus, or whenever you need extra volume on a part of the lift (either to work it more, or to tire the muscles used so that the lifter has to rely more on technique than strength in other parts of the lifts). As the lifters entered the specificity phase, we could generalize and speculate that they entered more of a bulgarian system where the extra stuff is removed.